The Top 5 Cities to Visit in Sicily, Italy

Sicily is the largest island in the Mediterranean, a wonderous land at the tip of Italy’s boot with …

The Top 5 Cities to Visit in Sicily, Italy

Sicily is the largest island in the Mediterranean, a wonderous land at the tip of Italy’s boot with ancient temples, turquoise watered beaches, and spicy dishes to devour. Palermo and Catania are two of the largest cities and well worth exploring, though make time for the small towns where you can get lost in the laneways, immerse in the architecture, and grab a gelato con brioche for breakfast!

Situated at the north of the island by the Tyrrhenian Sea, Sicily’s capital, Palermo, offers a grandiose, if slightly worn, feel. Here, the former Kings of Sicily resided with their former home, Palazzo dei Normanni, a must-visit. Palazzo Abatellis, which today houses the Galleria Regionale della Sicilia (Gallery of Sicilian Art) and the archaeological museum, Museo Archeologico Regionale Antonio Salinas, are also two popular tourist destinations. At the Capuchin Convent, delve into the corridors of their catacombs. While for something more colourful, Museo delle Maioliche, housed in an apartment within the 17th-century Palazzo Torre Piraino, contains a stunning collection of glazed majolica tile pieces of Sicilian origin.

Catania is Palermo’s little sister and the ideal city to explore when visiting Mount Etna. Perched on the eastern coast of Sicily, a volcanic eruption in 1669 decimated most of the town. Today, you’ll find faded 18th-century architecture, including Monastero dei Benedettini of San Nicolò, part of the Val di Noto UNESCO World Heritage site, one of the largest monasteries in Europe that houses part of the University of Catania. Make time to enjoy the theatre of daily street life at Catania’s famed fish market, La Pescheria. Head to Piazza Alonzo di Benedetto to peruse the food stalls, then take a stroll nearby Piazza del Duomo to take in the magnificent baroque cathedral, Cattedrale di Sant’Agata.

Cefalù is among the most beautiful towns in Sicily, a charming seaside village in the north between Palermo and Taormina. Medieval laneways crisscross the centre of town that leads to the beach of Lido Angeli Del Mare and up towards the Rocca (mountain). Go in search of Cefalù’s ancient Roman baths, then climb the steps to the Roman Catholic basilica, another UNESCO World Heritage Site, famed for its fresco of Christ that dates back to the 12th century. Cefalù is also where the cult Italian classic, Cinema Paradiso, was filmed.

To Sicily’s northeast, the stunning town to Taormina is renowned for its ancient Greco-­Roman amphitheatre overlooking the Ionian Sea, Teatro Antico di Taormina, perched on a rocky hillside that is still used today for performances. Corso Umberto, the main street that cuts through Taormina town, is lined with cafes and shops perfect for a midday stroll. Stop by the stunning Piazza IX Aprile for its magnificent monochrome tiled pavement, then take the cable car to Mazzarò Bay with its pebble beach and azure waters.

A stunning small island reachable by three bridges, Ortigia is the historical centre of Syracuse. Known as the old city, Città Vecchia, Ortigia is filled with ornate white limestone buildings retaining a Sicilian Baroque architectural charm and is best explored on foot. Piazza del Duomo houses the stunning cathedral, built on the Temple of Athena, with its massive Greek Doric columns made of bright limestone. Go in search of the freshwater spring at the fountain of Arethusa and be sure to enjoy Ortigia’s many restaurants and bars for a food stop over Sicilian specialities of cannoli, cassata cake (made with rum and ricotta cheese sponge cake) and a refreshing granita.

To book a luxury holiday rental in Sicily, click here. 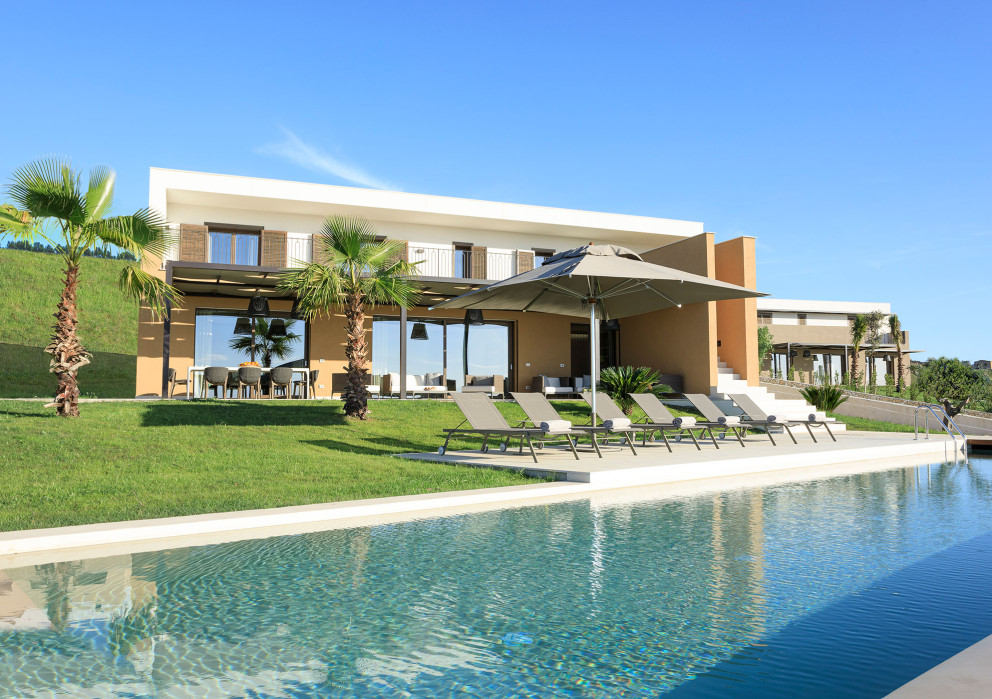 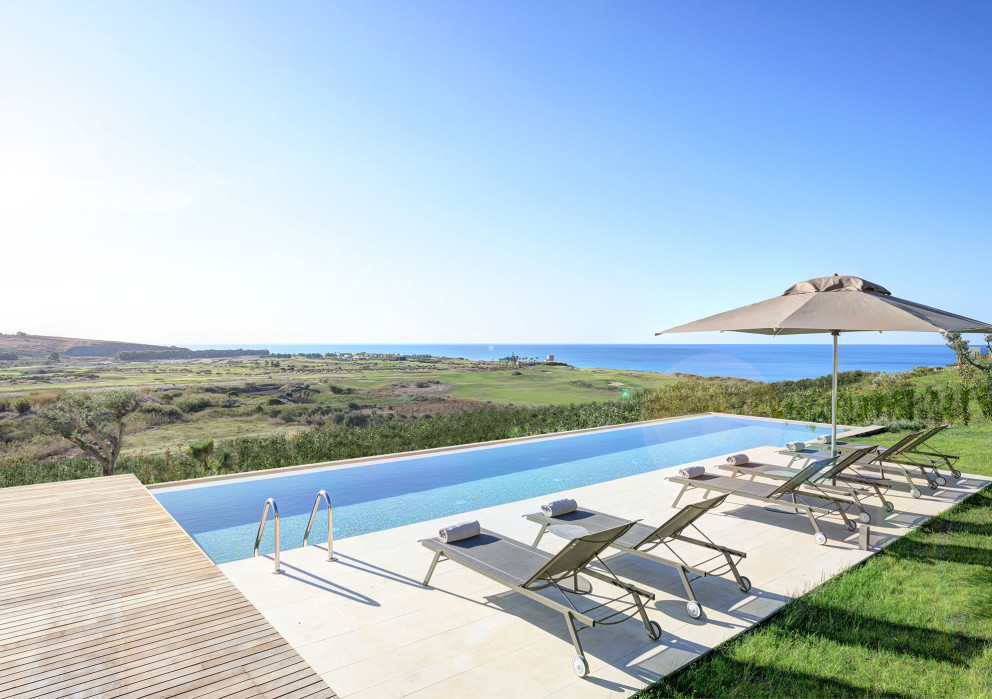 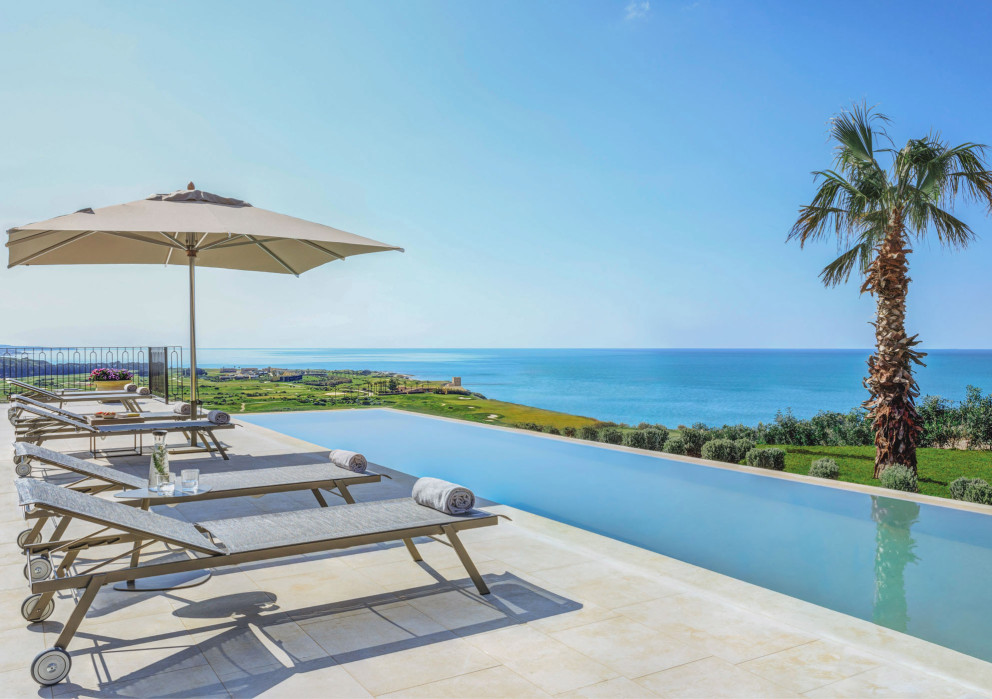 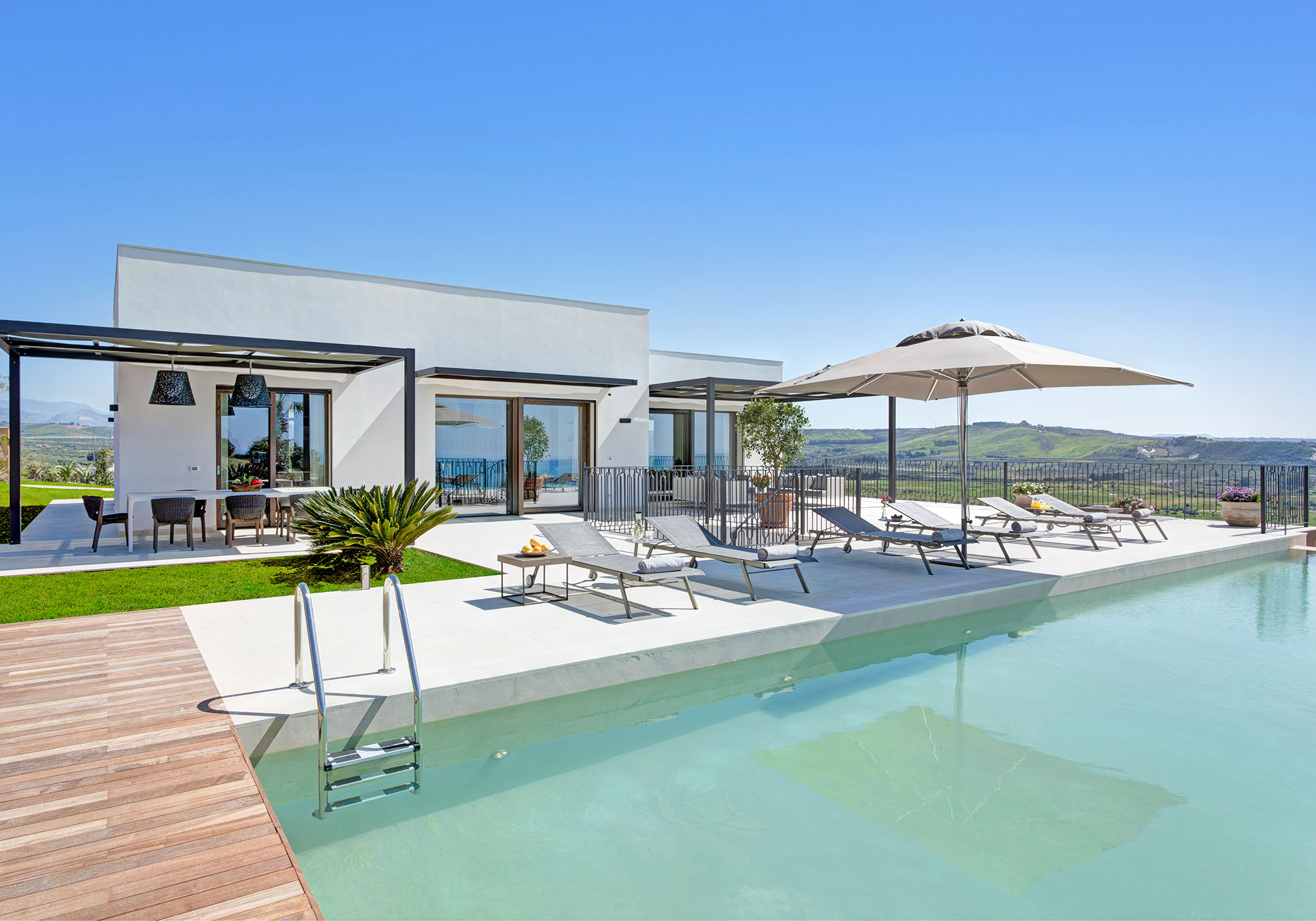 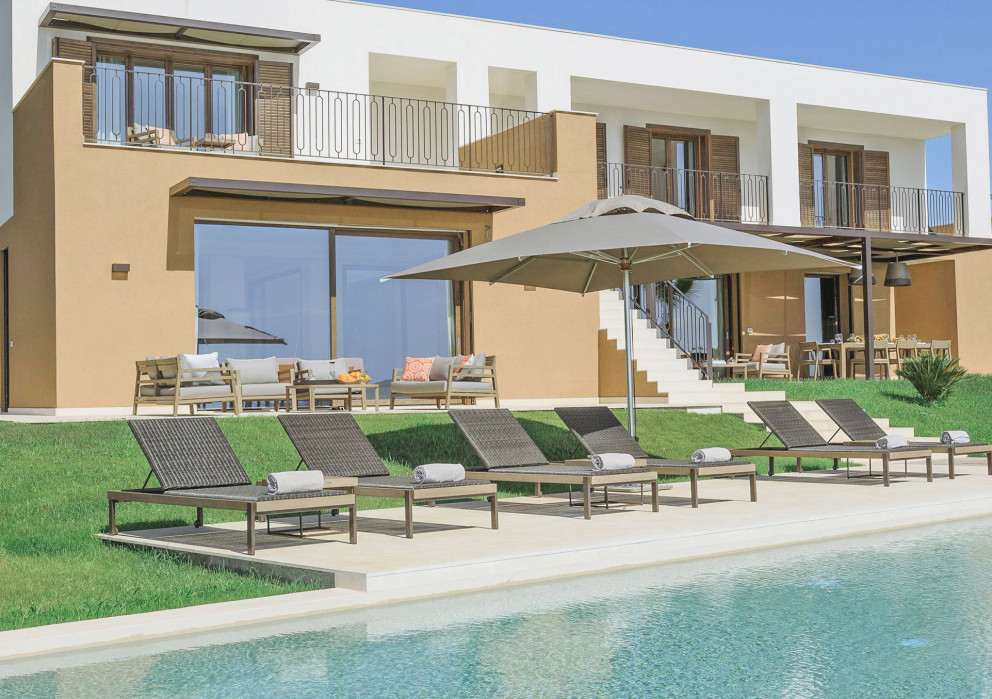