The Best Towns to Visit in Paros, Greece

Paros is one of the islands that make up the Cyclades in the Aegean Sea. There is much to enjoy and admire …

The Best Towns to Visit in Paros, Greece

Paros is one of the islands that make up the Cyclades in the Aegean Sea. There is much to enjoy and admire on Paros as its history dates back to antiquity and was once a source of white marble, known as “Parian” marble. Abandoned quarries as well as historic ruins dot the island. The following five towns are among the most popular destinations on this beautiful island.

Situated on the northern end of the island, Naoussa is one of the largest villages on Paros and one of the most visited. Originally a quaint fishing village, it has retained a lot of its charm but also become a modern mecca for tourists and party goers seeking the allure of cobbled streets, narrow alleyways, and cafes along the harbor combined with modern shops, restaurants and nightlife. Adding to its appeal are the ruins of a Venetian castle and the Church of Agios Nikolaos. Octopus is a popular treat and you will see their long tentacles hanging to dry all over the port.

On the opposite end of the island you will find Aliki, another small fishing village that is visited mostly for the three beaches that stretch along the coast. It gets its name (“aliki”) from the salt marsh located at the edge of the village. The most popular beach has soft white sand and is situated in front of the village. The other beaches tend to be rockier with less amenities, perfect for those who prefer a less crowded experience. The village itself is another example of charming Greek villages with narrow alleyways, cobbled streets and the blue and white buildings so familiar in Greece. Be sure to visit the Cycladic Folklore Museum dedicated to works by the self taught artist, M. Skiadas.

The capital of Paros in the Middle Ages, Lefkes is located in the mountainous region of the island with views of the sea and the island of Naxos. It was originally built in the mountains as protection against the marauding pirates. You must park and walk around the town (no cars are allowed) which is a great way of appreciating its buildings and squares, colorfully decorated with bougainvillea and other flowering plants. Visit the beautiful Church of Agia Triada (the Holy Trinity) which was built in the nineteenth century and the Folklore Museum of Cycladic Civilization where you can see objects representing daily life that have been donated over the years by the villagers. This town is also ideal for nature lovers, with many paths and trails for hiking.

If you’re looking for a family friendly village, be sure to visit Piso Livadi, another delightful fishing village with a shallow sandy beach and a children’s playground at the harbor making it ideal for a family vacation. There’s plenty for adults to enjoy as well including bars, shops and restaurants serving what many claim to be the best cuisine on the island.

Situated on the western side of the island is the island’s capital and largest port. Parikia is a busy metropolis offering nightlife, restaurants, bars and shops as well as the charm of a harbor village whose blue and white homes retreat from the curve of the harbor to the old town. There are several churches worth visiting, especially the church of Panagia Ekatontapiliani, which means the “Church of 100 Doors.” Originally built in the 4th century, it was remodeled in the 6th century during the reign of the Emperor Justinian. There is also a Venetian castle, built in the 17th century, at the top of the village.

To rent a luxury holiday villa in Paros, click here. 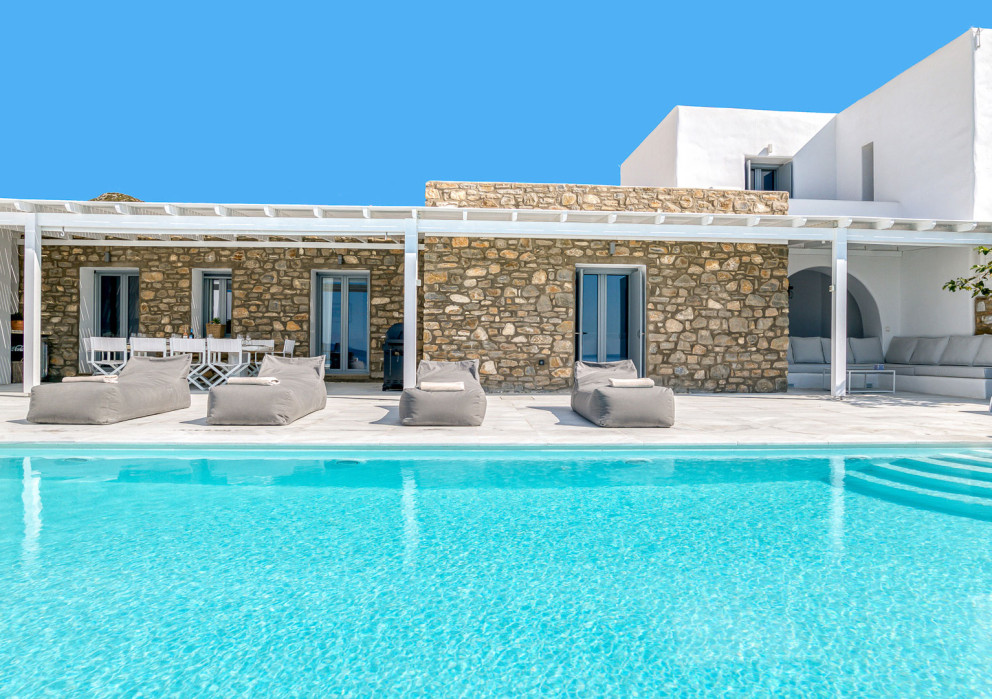 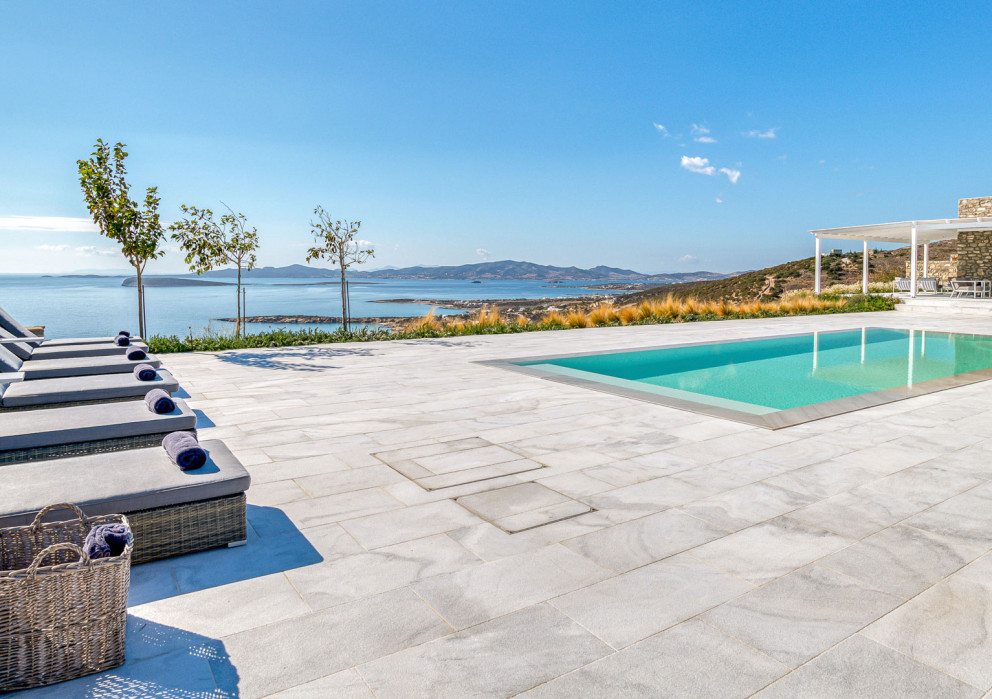 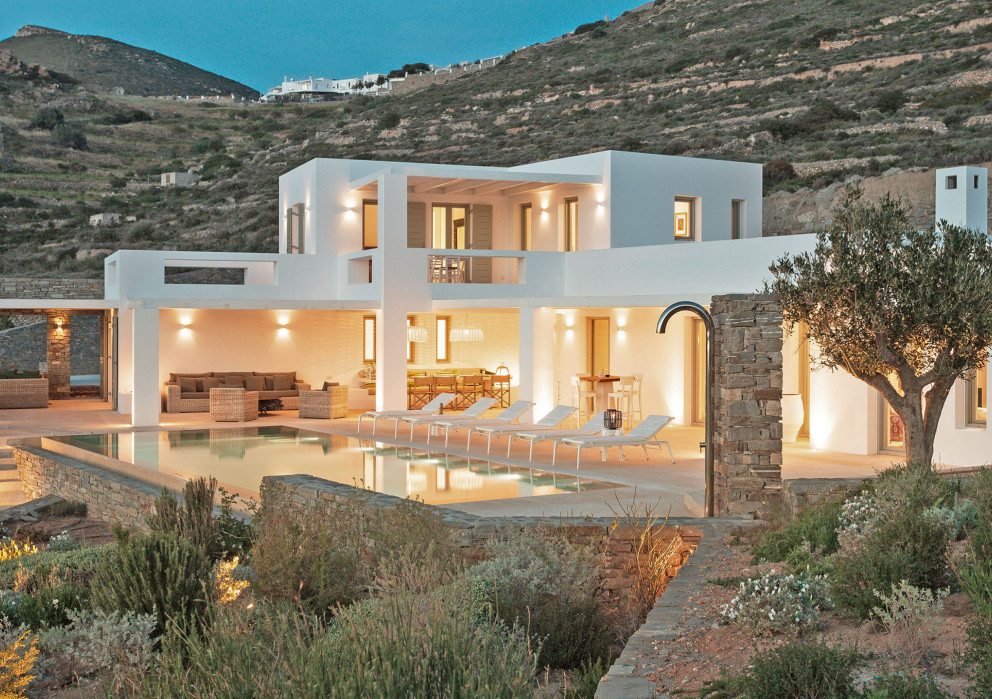 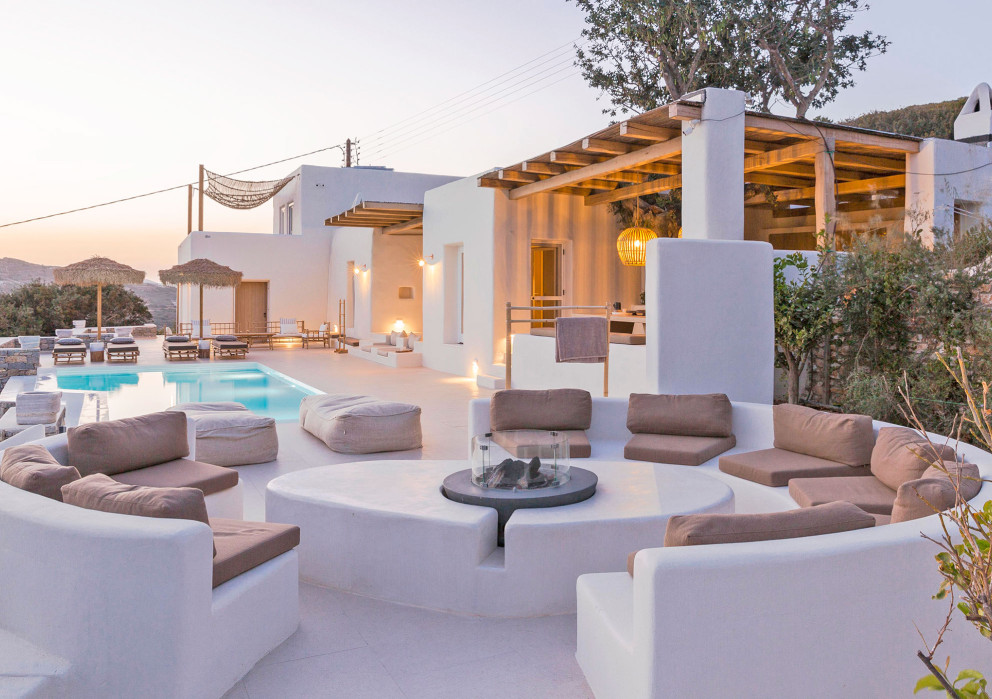 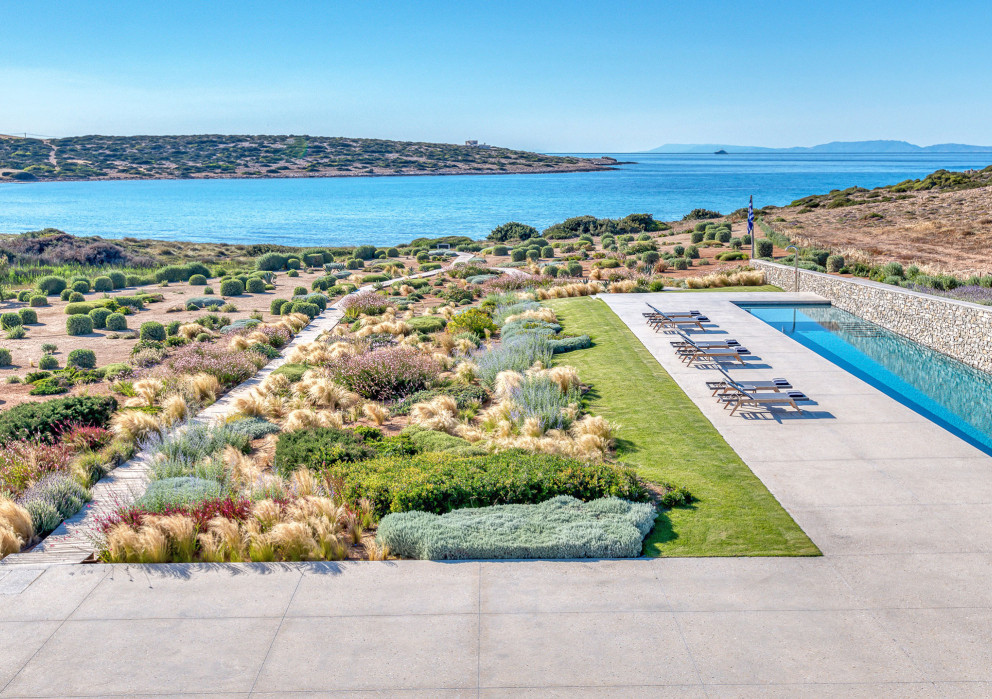 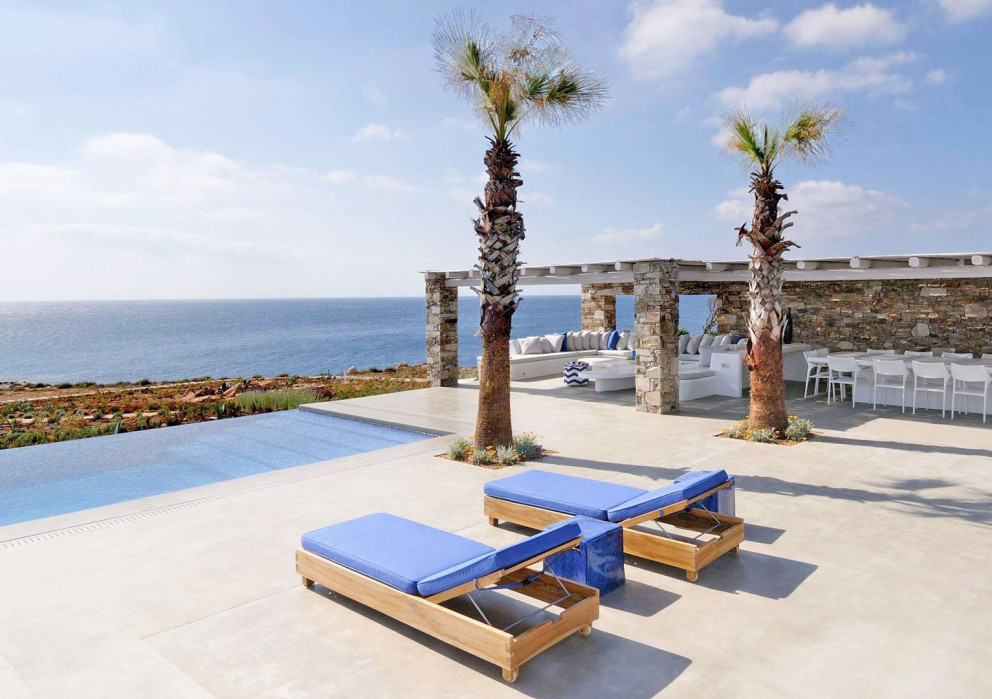